Is everything that is imagined imaginary? How might the imagination help reveal the real? What role does it play on the Buddhist path?

Join Mangalam Research Center Academic Director, Karin Meyers, for this exciting new course exploring the imagination in Buddhist thought and practice from a variety of historical, comparative, and philosophical perspectives.

Is the imagination the problem or the solution?

In simple terms, the imagination is the mind’s facility in using images to make something present to the mind in a way that it is not (or not yet) present to the physical senses. In modern English, the word “imagination” suggests creativity, discovery, and skill in problem solving. It also suggests flights of fancy and confusion about what is real. In other words, the imagination is a powerful tool for the creation of knowledge and goal oriented action, and also potentially deceptive.

We find a similar ambivalence in regard to the imagination in Buddhism. Throughout Buddhist history, Buddhists have cultivated the imagination through meditation, ritual, art, narrative, and philosophy to help make previously unknown or obscured dimensions of reality more familiar or more real. As in other religious traditions, there are many accounts of deep truths having been revealed through spontaneous expressions of the imagination or “visions.”  However, Buddhists warn that the imagination can be a problem, that the imagination of unreal things (e.g., self, essences, duality) is at the root of our suffering.

This course will explore these various dimensions of the imagination in Buddhist traditions, drawing on recent theories of the imagination from anthropology, comparative religion, and philosophy as well as classical Indian theories. At the heart of our inquiry will be the question of how the imagination relates to reality and the role it plays on the Buddhist path.

Module One: Contemporary Theories of the Imagination

What roles do intentional cultivation and implicit cultural conditioning play in shaping experience? Is everything that is imagined necessarily imaginary? Is all experience imagined in some sense?

This week will introduce several important contemporary theories about role of the imagination in religious experience, from the anthropologist, Tanya Luhrmann (When God talks Back), religious studies scholar, Jeffrey Kripal (Comparing Religions), and transpersonal theorist, Jorge Ferrer (Participation and the Mystery). Our inquiry will focus on how the imagination functions in both cultivated and spontaneous religious experiences.

This week introduces classical Indian theories about the imagination at work in Vedic religion (Laurie Patton, Bringing the Gods to Mind) and Indian poetic theory (David Shulman, More than Real), as well as Buddhist theories about the relation of mind, action, and world (selections from Pali suttas and Vasubandhu).

Building on our previous inquiry into the role of intentional cultivation of the imagination and culture in shaping experience, this week’s inquiry will focus on the role of religious and poetic language, as well as ritual and moral action in the creation of a world (loka). We will also take a brief look at some of the terms for the imagination in Sanskrit.

With some contemporary and classical theory under our belt, this week takes a closer look at visionary episodes in the Pali suttas, uses of images in contemporary Theravāda forms of meditation and cultivation (bhāvanā) of the path, and the concept of the divine eye (image centered psychic insight).

Our key focus will be how images are used in the cultivation of the Buddhist path, and how we can reconcile this with the idea that suffering is caused by imagining things that are unreal (self) or imagining things that are real to be different than they are (stable, permanent). We will also inquire into how persons with aphantasia (lack of ability to visualize mental images) can use the imagination in the cultivation of the path.

This week looks at how images and narratives are deployed in Mahāyāna sūtras to help shift the hearer’s perspective, as well as at how visionary experiences and image orientated meditation practices may have played a role in the development of some Mahāyāna sūtras. We will focus in particular on the Lotus, Flower Ornament, and Land of Bliss sūtras.

Some of our key questions will be: What’s with all the jeweled trees in the pure land? How does the intentional cultivation of the imagination relate to spontaneous visionary experience? What difference does an image make to the transmission of a philosophical concept?

This week we will look at the imagination in Tibetan Buddhism, how it is used in common preliminary ritual practices (ngöndro), and in multi-layered pilgrimage practices, in which the landscape is transformed by the attentive pilgrim’s imagination, and transforms the pilgrim in return. We will also look at the role of the cultural imagination in shaping near death experiences and accounts after life journeys.

Module Six: Cultivating a Buddhist Imagination in the Modern World 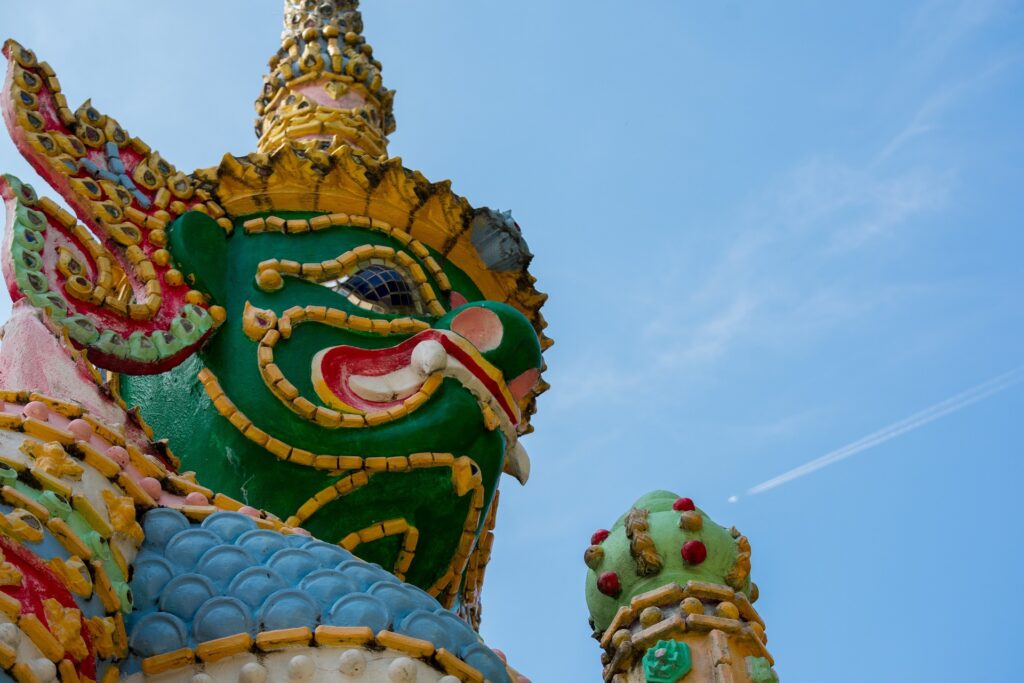 Pre-recorded lectures will be released on Fridays (starting January 14). Live classes: first 20-30 minutes recap/elaboration of module topics, then discussion and Q&A (submitted through the online discussion forum or questions brought to class).
Various levels of scholarships are available. Write to karinm@mangalamresearch.org to apply.

Although this course draws on the academic study of religion and philosophy to help frame our inquiry, the intention is to move beyond “book learning,” to inquire into our own experiences of the imagination, and to develop a more expansive view of the potential uses of the imagination in our life and spiritual practice.

Each week students will receive an introduction to theory or some aspect of Buddhist tradition in bite sized, pre-recorded lectures, along with short readings and links to web resources. These materials will serve as a launching point for joint inquiry and discussion during live sessions.

This course is suitable for anyone who has some familiarity with basic Buddhist teachings (e.g., no self, four noble truths, dependent arising, eightfold path). It will be particularly relevant for Buddhists, but should be of value for persons engaged in any form of contemplative spiritual practice.

Students enrolled in this course will receive:

What students say about Karin and her public courses:

The courses I’ve taken with Karin have been incredibly rich, weaving together historical developments in Buddhism with their modern expressions and understandings, anchored in Karin’s deep scholarship and dedication to practice.
— Katie, Sacramento, CA
It’s such a pleasure to learn with Karin. She creates a wonderful, open and respectful environment, and manages to combine genuine scholarly insight with contagious energy and sincere compassion.
— Chris, Victoria, BC
Karin’s course on Buddhist Perspectives on Nature was an exceptional opportunity to learn from a skilled teacher, in the company of sincere practitioners/scholars. Karin curated and presented a fascinating set of materials from across the Buddhist practice traditions, making them both accessible and relevant to the present we inhabit. I look forward to my next opportunity to take one of Karin’s classes.
— Shōgen, Santa Cruz, CA
Karin's combination of expertise, approachability, and care made for a most enjoyable learning experience—learned so much!
— Brian, Calgary, Alberta, Canada
Previous
Next
Enroll now 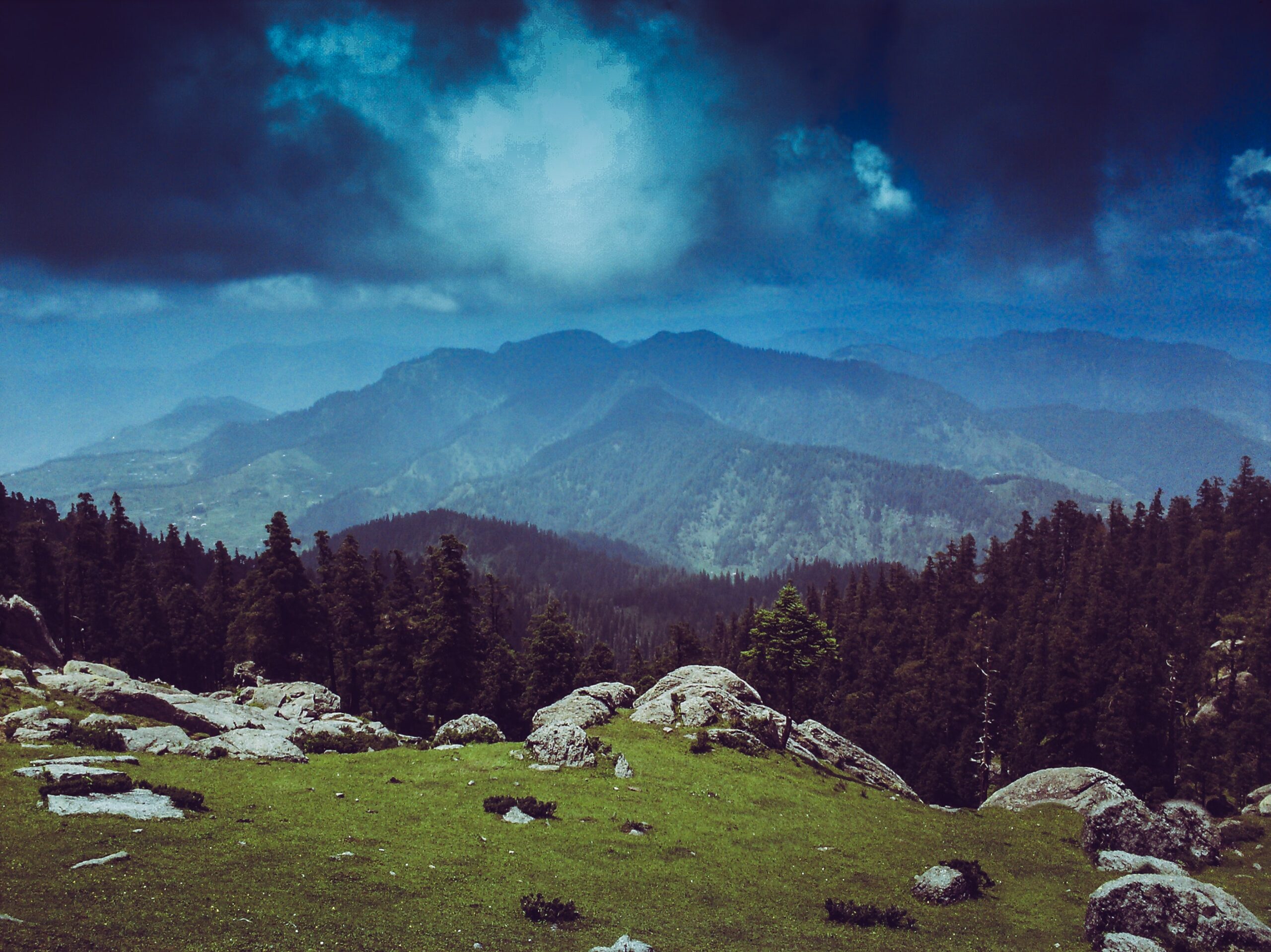 More about the course and instructor:

This course is adapted from a previous course Karin taught at Rangjung Yeshe Institute’s Centre for Buddhist Studies, which helped inspire the upcoming National Endowment for the Humanities Summer Institute, “The Imagination and Imaginal Worlds in the Mirror of Buddhism,” which will be held at MRC in June 2022. Click here for more info on the NEH Institute, and here for Karin’s full bio.