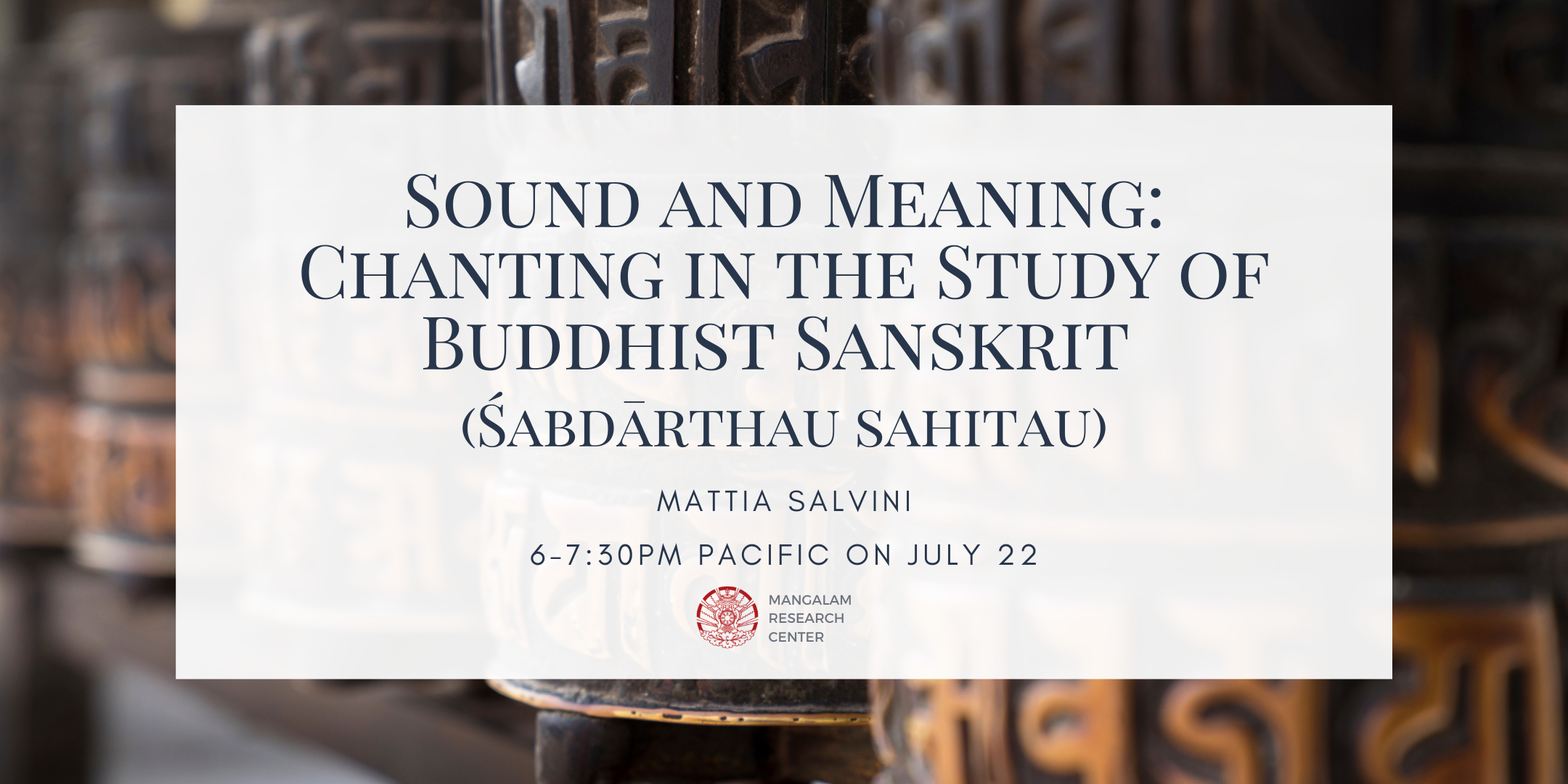 Sound and Meaning in the Study of Buddhist Sanskrit

Title: Sound and Meaning in the Study of Buddhist Sanskrit (Śabdārthau sahitau)

Description: There is a Sanskrit saying to the effect that repeatedly chanting the treatises is even more important than understanding them. While that may be an exaggeration, it makes an important point: it would be wrong to neglect either the sound of the texts one studies, or the importance of repeating them orally. In this talk, I will discuss how chanting may help in learning Sanskrit and, especially, how it may facilitate the understanding of Buddhist philosophical texts.

Mattia Salvini (he/him) is Dean of Scriptural Languages at the International Buddhist College in Songkhla, Thailand. He obtained a BA and MA Sanskrit from RKM Vivekānanda College Chennai, India, and a PhD in Buddhist Studies from the School of Oriental and African Studies (London). He also took part in two research projects on Vāstuśāstra in teams headed by Prof. Adam Hardy (Cardiff University). His other main research interests are: Buddhist philosophy as expressed in Sanskrit, especially Madhyamaka; the relationship between philosophy and grammar; the relationship between different Indian Buddhist schools; Buddhist Sūtras in Sanskrit and Tibetan; and Buddhist poetry. During his stay in India and Nepal, Mattia had the opportunity to study with Prof. Rāṁśaṅkar Tripāṭhī, and several Tibetan Buddhist masters, especially Ayang Rinpoche, Lama Gelong Tsultrim Gyaltsen, and Lama Rinchen Phuntsok.