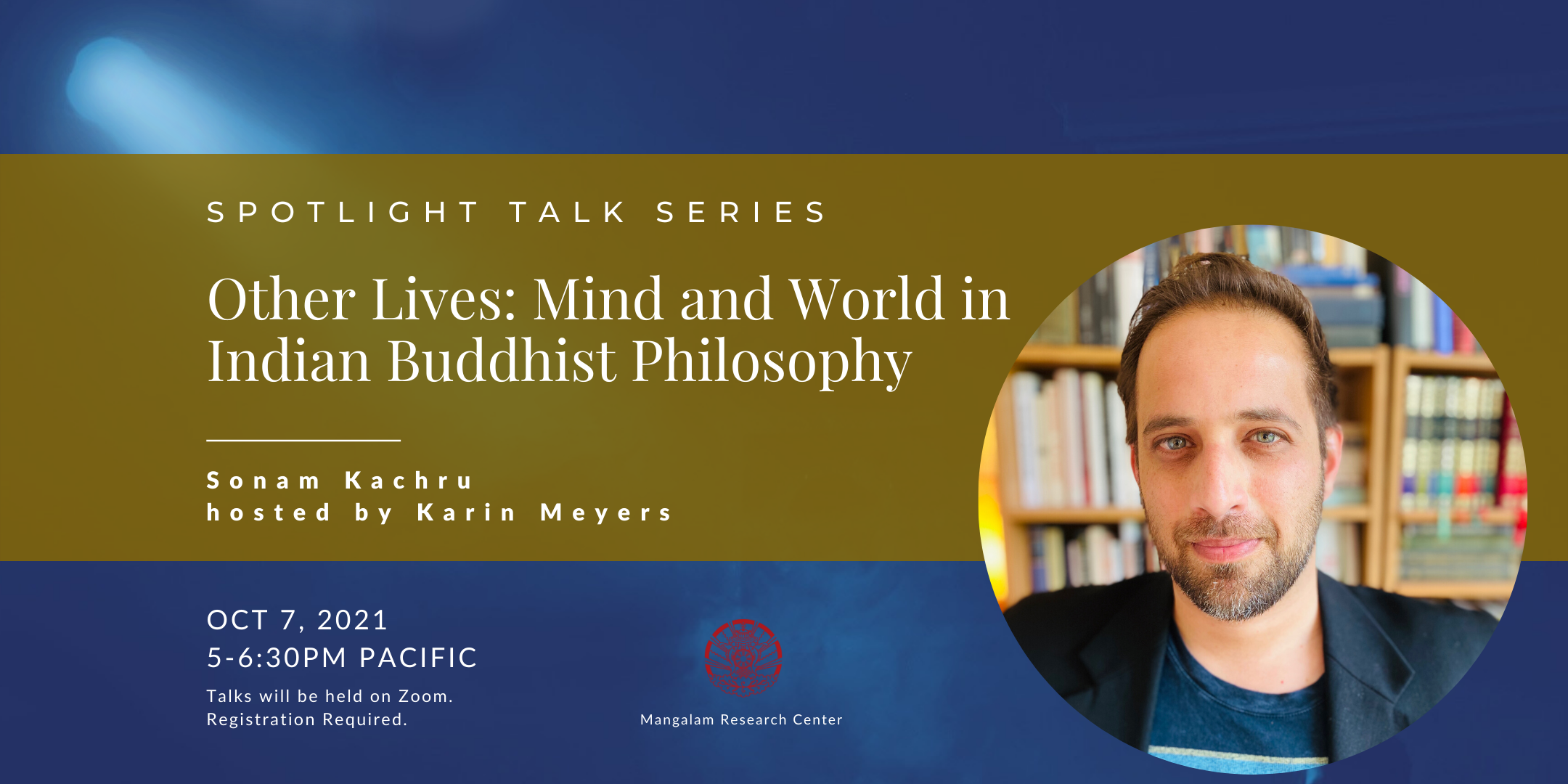 Other Lives: Mind and World in Indian Buddhist Philosophy

Join the conversation as Mangalam Research Center’s Academic Director, Karin Meyers interviews Sonam Kachru about his 2021 book, Other Lives: Mind and World in Indian Buddhist Philosophy on the Buddhist philosopher, Vasubandhu’s Twenty Verses. We will be discussing topics such as dreams and other worlds, the entangled relationship of mind and world (or what it means to inhabit a world), and the importance of friendship on the Buddhist path. We will aim to make the conversation accessible to non-specialists and will save time for questions from the audience.

Bio: Sonam Kachru (he/him) is an Assistant Professor in the Department of Religious Studies at the University of Virginia. His work centers on the history of philosophy in ancient South Asia, with a particular emphasis on Buddhist philosophy and literature. His first book, Other Lives: Mind and World in Indian Buddhism, is forthcoming with Columbia University Press.