History of MRC: Building on a 40-Year Record of Accomplishment

The Mangalam Research Center for Buddhist Languages (MRC) traces its roots to India in 1962, when exiled Tibetan lama Tarthang Tulku, trained by some of the most renowned masters of the Tibetan Buddhist lineage, founded Dhar­ma Mudranalaya to print texts in the Tibetan language. 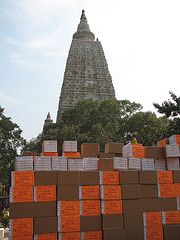 The founding of MRC was a logical next step in this forty-year history.

MRC is recognized by the international academic community as a serious, unique, and valuable institution in the field of Buddhist studies. This is due to its status as part of a larger organization with well-established and highly successful programs for the promotion, study, and preservation of Buddhist teachings and texts and MRC’s commitment to working with the Western scholarly community. It reflects MRC’s single-minded focus on the language of Dharma transmission and on developing the resources and knowledge that support this focus.

MRC received institutional support from TNMC, through a one-time grant of $500,000 to begin operations. MRC has been able to draw on an institutional culture shaped by traditional Buddhist values, which means that most of its staff, including its Director and Chief Operating Officer, donate their services without charge. Many factors, including the generous cooperation of renowned scholars, have led to a remarkable record of accomplishment in the short history of MRC.

To support our work, MRC actively seeks additional sources of funding. To date, we have been awarded three grants from the National Endowment for the Humanities and a grant from the John Templeton Foundation, in addition to receiving generous private donations.