Words of Wisdom: Toward a Western Terminology for Buddhist Texts

MRC’s first intensive 3-week summer seminar was co-sponsored by Stanford University and the University of California at Berkeley. Six esteemed professors led 14 graduate students from eight universities in a close reading of the Vimalakīrtinirdeśa Sūtra, focusing on key terms in the context of the profound vision the text presents. The program proved so successful that the participants continued to collaborate after its completion, with the aim of publishing a new translation, the first to be based on the newly discovered Sanskrit text of this important Sūtra. 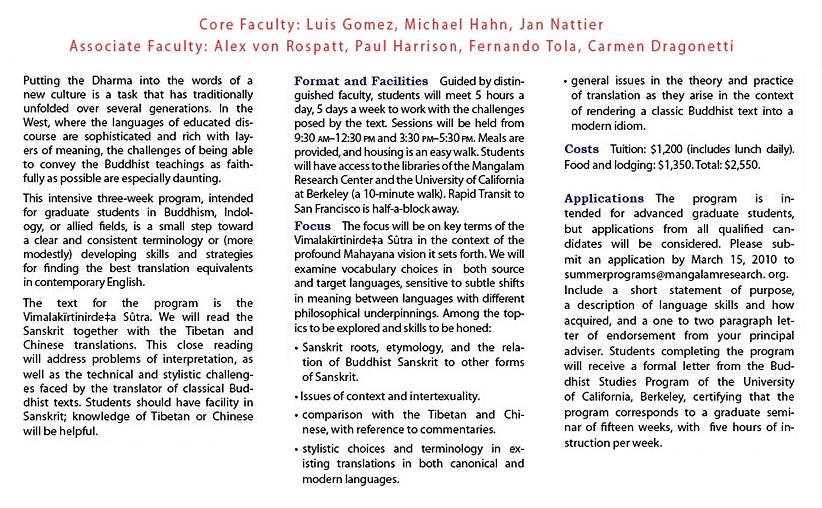